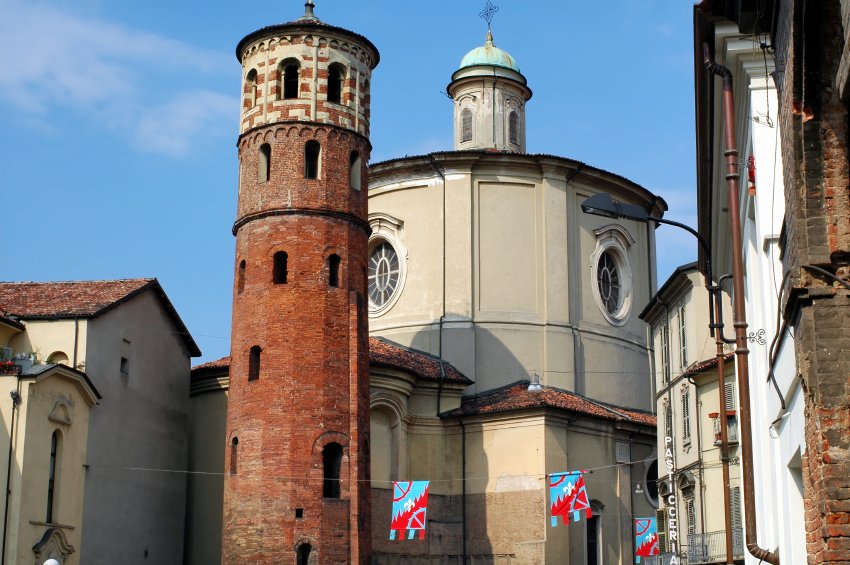 Asti - An Autumn of Food Festivals

Surrounded by the provinces of Turin, Alessandria and Cúneo, in the heart of Piedmont, the province of Asti is located in a privileged geographical enclave between the famous hills of Langhe, Monferrato and the Ligurian Apennines. Here, the winters are very cold and the summers very hot, that is, the typical climate of the Po Valley. Asti is a predominantly agricultural province, and its valleys are mostly covered with vineyards.

The eponymous capital of the province was established by the Roman Empire. However, the Ligurians had already built a settlement just where the city now stands. Asti saw its heyday throughout the Middle Ages, when it became a major trade and financial hub. The streets lined with Medieval houses and palaces give a sense of the city's glorious past. One of the striking architectural ruins that abound in Asti are its innumerable towers. Indeed, Asti was known as the City of the 100 Towers, though the actual figure during the Middle Ages was 120. The main routes leading to Switzerland and France crossed through the city, making this strategic and privileged location the center of innumerable conflicts throughout its history. The towers were built to defend against constant attacks and assaults.

The province of Asti has an internationally recognized (and well deserved) culinary reputation. Every year, landmark food festivals like the "Festival delle Sagre di Asti", also known as the "Festival of Festivals", takes place on the second Sunday in September. A huge, impromptu, open-air restaurant is set up, and people from all over the region showcase their culinary specialties, always accompanied by a good local wine. Can you imagine what a fantastic experience it must be to eat there?

Asti is the only city in the world that can arguably compete with Alba as the king of white truffle. These historical rivals go head-to-head each season to offer premium quality truffles. Asti has been known to try to bring forward the sale of autumn truffles to the summer to be one step ahead of its competitor.

Many of Asti's dishes are steeped with tradition, and always made with local products, such as Cardo Gobbo from Nizza Monferrato, the only chard in the world that can be eaten raw. To do this, it must be grown in a very particular way. The stalks are bent to reduce elasticity and chlorophyll, and then blanched to become white and tender so they can be eaten directly. It is one of the main ingredients of Bagna Caoda. Bagna Caoda is a dish that seems easy to make. It is similar to a fondue in which you dip different vegetables in a hot sauce. Not surprisingly, the ingredients will vary depending on which area of Piedmont you happen to be in. This dish was very popular in the area around Monferrato, where field workers and their families ate it at the end of the day to recover their strength. It meets all the requirements of a humble recipe: inexpensive, hearty and easy to make. Bagna Caoda means "hot bath"; the name alone gives you an idea of how comforting it is to eat it. Two important leads: it must be cooked and eaten in a clay pot, and must never boil. Just imagine these workers sitting around the embers of a fire, after a long day harvesting grapes, with a clay pot in the middle, each of them dipping their vegetables in the sauce. It is also said that this dish represents hospitality and friendship. The original recipe is made with walnut oil, anchovies, garlic and, ideally, white truffles. In some cases, a little water was added to save on oil. However, when the economy improved, butter was used instead of water. Eventually, trade between Ligurians and Piedmontese led to the use of olive oil from neighboring Liguria, as well as anchovies, which were transported along the so-called "salt road" that used to run through this area. Bagna Caoda pairs perfectly with a full-bodied, local red wine like Barbera d'Alba.

You may well have heard about Asti’s famous sparkling wine, "Asti Spumante", one of Italy's most exported wines along with Lambrusco and Prosecco. White, sweet and fruity, very aromatic and slightly dry, it is perfect for toasting, or for pairing with any dessert or sweet dish. At Christmas, it is always served with Panettone. Moscato d'Asti, a soft, fruity muscat with an intense aroma, is another Asti wine that pairs well with sweets. Truth be said, Asti has fantastic wines. We encourage you to visit the Douja d'Or festival in in September to discover them. We can think of few better ideas in autumn that spending time in Piedmont tasting local specialties. From September to November, the Piedmont cuisine shines in all its glory, to the point that impatience takes over in the last weeks of summer... We look forward to autumn and all it brings... and its culinary delights!

We continue our journey through Piedmont, enjoying all it has to offer... Our next destination is Cúneo, in particular, Alba's white truffle festival. We can't wait for it to start!

Asti (Italian: Provincia di Asti) is an Italian province in the Piedmont region. Its capital is the city of Asti.